The super strong wind of the Machine Learning is turning our heads incredibly, we see an example of the machine learning usage almost every area of the technology. Face detection, voice recognition, text recognition, etc. there are plenty of them, and each of them has a different type of approach to machine learning.
Here explanation of the sentiment analysis from Wikipedia.
" Sentiment analysis (also known as opinion mining or emotion AI) refers to the use of natural language processing, text analysis, computational linguistics, and biometrics to systematically identify, extract, quantify, and study affective states and subjective information. Sentiment analysis is widely applied to voice of the customer materials such as reviews and survey responses, online and social media, and healthcare materials for applications that range from marketing to customer service to clinical medicine. "
To be able to catch this speed as a being developer, we should always be in the carriage of the fast train of technology, because of that, we should support our products by using machine learning.
In this article, we are going to see one of the very popular areas of machine learning which is called "Semantic Analysis". We will train a model by using IMDB Moview Reviews dataset, and then we will create an example application and we will use the trained model to predict if the users' comments are positive or negative.
This is how our example application will look like when we finish it.

What do we need for this project?

Important Note: x64 bit is supported by the Microsoft ML.NET, and our example also use x64, if you want to try it with x86 you can have some problems.
You can download the source code from here.

ML.Net supports different algorithms of the machine learning, but here we need sentiment analysis, that's why we need to focus exactly this future of the framework. I like to keep things simple and organized, that's why we are going to create a special helper class which will help us to use machine learning futures easily and on a manageable way, also, the "Trainer" which we will have will also need to reach some future of this helper class.
So let's start with creating an empty solution, name it as "Movie Reviews".

After clicking "Create", Visual Studio creates an empty solution for us, which we are going to add our first project "Sentiment Analyst" into it.
Right click the solution and click "Add New Project" as shown below.


Select and add "Class Library" as shown below.


We are going to name it is "Sentiment Analysis" and then create it by clicking "Create".
Great. so now we have "Solution" with "Class Library" project in it, before start to coding, we need to install ML.Net via Nuget, please open the "Manage Packages Solution" window (Tools Menu -> NuGet PackageManager -> Manage NuGet Packages for Solution)
Make sure that you select "Browse" tab, and then find the ML.Net packages as shown below, and install it to the project we just created.


After installation completed, you should be able to see references in the "Solution View" under "References" as shown below.


We are almost there! Last one more thing before starting, we need to set "Platform Target" to x64. after setting "Platform Target" we are ready to go!
As a results here the steps which we need to complete before starting to code.
If you completed all the steps which are written above, we are ready to start coding.
We will have Models definitions under "Models" folder, and just on the root folder of the project, we are going to create "Sentiment Analyst" class where we are going to do most of the task there.

We are going to see all the details step by step for each of the components which we created. Let's get started with the models.
CrossValidationResult
We are going to use this class to return Cross-Validation Results which we are going to do on training data. It is a simple class with 4 fields as you can see below.

Data
Data class is the class which we are going to use to pass training data to the ML.Net, as you can see below, we are specifying "Column Names" with the index to refer training data.
Our training data contains these two columns, "Review" and "Sentiment".


Definitions
It is definitions of the learning models, by using this, we can try different learning model on training data.
LearningMethodResult
The class which we are going to return the training results.

Prediction
Prediction class is the class which we will return as a result after asking ML.Net to make predictions according to input data. Please pay attention that this class inherited from Data class.

Now, it is time to talk about SentimentAnalyst class where all the process will be done.
In general for we have 3 major part of the machine learning class which we define here;

We need two variables where we can store "Path" information for loading data and saving model after training, let's start by defining them.
For all ML.Net operations, we need one common context, let's define it as below.
now we need 2 more fields both for Transformer and Data Pipeline Type
I think we are clear up to here, now we are going to define two variables more, actually, these two variables are totally optional, we could make all these training and prediction without them also, but I wanted to add flexibility to SentimentAnalyst class.

Then let's define constructor to initialize variables as below.
As we completed defining all variables which we need, we can start to code functions.
As I already mentioned, we have 3 major parts;
let's start with the "Loading Data".
Machine Learning needs data, its power comes from data, feeding them with well organized and enough data will bring us much more accurate predictions. To be able to train our model, we need to load data, for loading data, we are going to create LoadData function as below, we use MlContext's LoadFromTextFile function with "Data" class which is already defined and explained above.
after loading data, we need to split training data and test data, it is good practice to separate it like 80% training data and %20 test data. So by using this function, we are going to load data to our model and prepare training data and test data.
Next, we need to use loaded training data to train our model and then evaluate to understand how well the trained data we have, let's create function for it as below;
As you can see above, we load data, train it, and then evaluate it with the test set, then save the trained model and return evaluation results back.
These are all steps which we need to do for being able to use ML.Net on our example project, for keeping article focusing on ML.Net I am not going to give any more details about algorithms, there are are other articles on "Articles" page for who wants to get more details about algorithms.
Here you can find the full code of the SentimentAnalyst class, there are two more functions which I didn't write anything about which are TrainMultiple and CrossValidate functions.
TrainMultiple is the function for trying all learning models at once and display results.
CrossValidate is the function which you can apply to your trained model to understand if it over fitted or well trained.

That's it, we finished the first part, now we have SentimentAnalyst that is based on ML.Net which we can use for training to data and make predictions by using it!

K-Nearest Neighbor is the one of the well-known and easy machine algorithm ...

K-Nearest Neighbor is the one of the well-known and easy machine algorithm which is very suitable for a lot of real world problems such product recommendation, social media friend recommendation based on interest or social network of person. 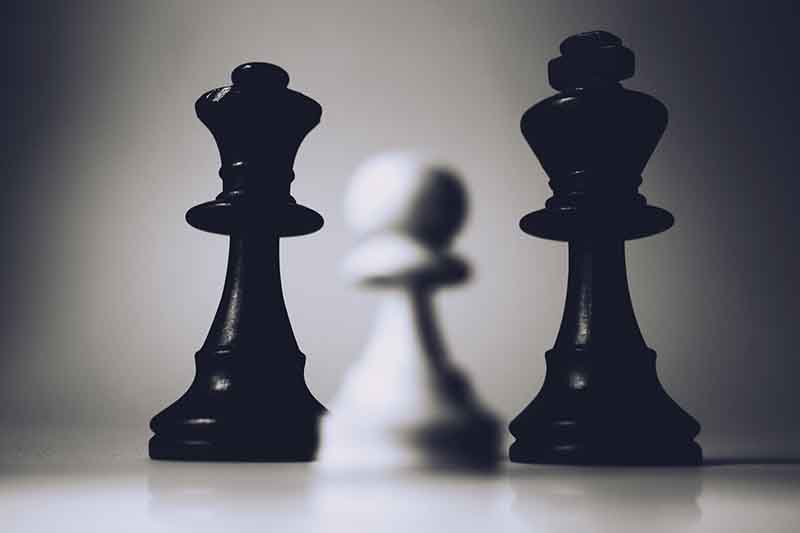 Naive Bayes Algorithm is the algorithm which makes machines to be able to m...

Naive Bayes Algorithm is the algorithm which makes machines to be able to make predictions about the events which they don't have any knowledge about only by looking priors knowledge.

In the previous article, we finished the first part of our example project,...

In the previous article, we finished the first part of our example project, now we have SentimentAnalyst class which we can use for training data and making a prediction by passing real data to it. Today we are going to work on Part 2 which is going to be a trainer project, the project which is going to handle the training process.